I am starting to wind down this internship and my time here at CSU. This past week was really cool at the Marksmanship Unit. It was all about the past, present and future of both this unit and the Army as a whole. We are still hosting the World Cup and I got to see new stars in the sport of shooting, winning their first medals of their burgeoning career. 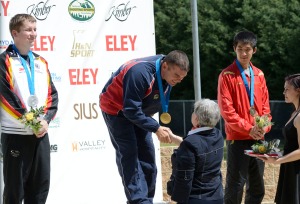 I also got to see current Olympic Champions rise to the occasion once again and win a match, adding another gold medal to their large collection of hardware. It was really neat to watch the young shooters look up to the older guys and gals, asking them questions in some instances, while others were just too shy or afraid to go up to the people they have tried to emulate and are now competing against as if it is a dream. 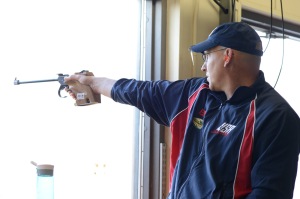 And then we helped celebrate the past when a former member of the unit who spent twenty years in the unit and the Army, then continued as a coach and mentor for many years, passed away. They held a memorial upon the conclusion of Saturday’s matches and training. I helped with the photography of the event. 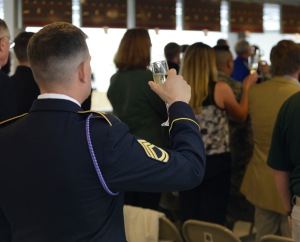 We stayed out of the way so those in attendance could pay tribute and pay attention to the guest speakers, but I was all ears as they read over his biography and not only the accomplishments this man made in shooting sports, but for the Army and our country. He earned the Distinguished Service Medal for his actions in Korea and if he would have paid the ultimate price during the attack, he would have probably earned the Medal of Honor. 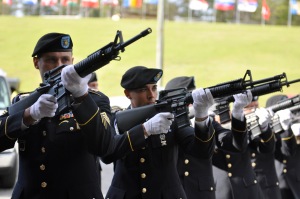 I firmly believe that you can’t move forward unless you know a little bit about the past. I am certainly glad I was able to help share in the celebration of a real hero.