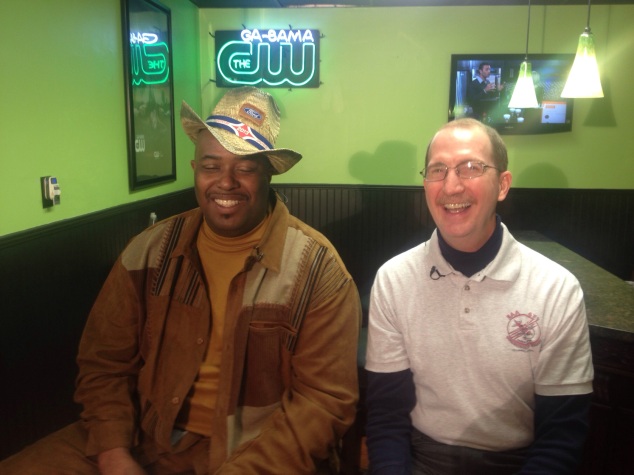 Chip’s World went country today as we had Ernie Kelly from Flights with Children come out and not only gave Dj Chip one in a few custom made hats, but he also talked about how the Columbus Chapter of EAA677, gives out free flights to children every last Saturday of each month. We had a wonderful time and Mr.kelly had brought an energy to the set that hasn’t been seen in a while. It was a refreshment to have someone with passion come out and speak about their organization or event. You can tell that he loves what he does. I actually tried to get Mr.kelly to come onto the show during summer but due to scheduling conflicts, he wasn’t able to attend. I was having trouble trying to find a guest, but then I remembered that we we’re suppose to do a make-up for the one we missed in summer, so everything worked out and we had a blast.

As the holiday season is upon us is it getting harder to find guest to come on the show that is diverse and not about the holiday season. This is my favorite time of year but even I can’t continue to watch the same thing over and over on television. I’m trying to think of entertaining things to do and talk about besides the holiday joy, but as I continue to explore what there is to do in Columbus, there really isn’t much to do. This week will be my most difficult yet because this is finals week and the media doesn’t stop just because I have finals. The holidays is the season of sharing and spreading holiday cheer. Now the question is, how do I come up with 31 different ways to twist it. I’m just going to have to let my creative juices flow and see what I can dig up in this beautiful city of Columbus.

Earlier this week during a weekly press conference with Alabama football players ,  the Crimson Tide’s star Quarterback AJ McCarron quipped the Iron Bowl matchup against in state rival Auburn was “just another game”.

His exact quote was “I’ve played in two national championships in a row, so it’s just another game”

It’s a sound byte from heaven in TV Land.  And Tiger Town.

It’s the kind of “bulletin board” material that grabs the viewer or reader’s attention and draws them into your coverage.

and then there was this..

Ah Yes. Just another game in the Southeastern Conference.

How are we supposed to get anything accomplished after that?

Maybe AJ and Katherine can enjoy a Hardee’s burger together and make it all better.

So, I made a no frills return to television broadcasting after a decade away from in front of the camera. Below is part one of a two-part series that aired for sweeps this month.

Interview with the General

A lot has changed in the industry since my last TV job as a Sports Anchor/Reporter.

The method of delivering news has changed.

The audience has changed.

Consultants and misguided managers insist viewers want to be spoon fed in a tenth of a nano second something exciting to hold their attention.  They think appealing to the lowest common denominator is the route to go.

I challenge that theory.

That’s what happens when you procrastinate until deadline ladies and gentlemen!

So here we are spending the evening of the Iron Bowl together because someone got behind on the blogging this semester.

But for those classmates seriously considering a career in News…you will need to focus on this critical life skill which I have yet to master. (explains a lot doesn’t it?)

News is a deadline business.

you have a very short career in news.

Forget about having a life. 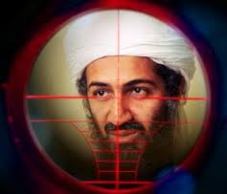 Communication majors may already know there are certain times you have news but for a variety of reasons…you can’t actually use it.

For example, there is something called “prior restraint” where the Government can legally prevent broadcasting or publishing information and it has to meet a strict three prong test that includes national security interests, is it obscene or could broadcasting the material incite a riot…blah blah blah.

Sometimes there are “juicy” stories that hit the newsroom that would surely catch the viewer’s interest but for a variety of reasons it might not see air time.

WLTZ was prepared to run an exclusive story on a high profile individual in Columbus when the individual called to request the station not air the single most salacious part of the interview.  A request to cut out the very reason the interview was conducted.

What is the ethical thing to do?

The interview would have been headline news that left tongues wagging and everyone talking about WLTZ’s report.

The station ultimately decided not to air the interview in it’s entirety per the individual’s request.  If someone was kind enough to grant the exclusive interview but had a change of heart I believe it is appropriate to honor the request.

That would never happen in DC..NY or likely any other major market but sometimes relationships with people are more important.

Was the content a matter of public safety or of pressing concern to the public?

So that should make the decision easy. But it was juicy and nothing in news is EVER easy. If it is , you aren’t doing it right.

Dave Platta is one of the best people I have the privilege to learn from in the professional world.  Next to Roger Hart, I owe all of my filming skills, although not professional, to these two gentleman. If there is anything I have learned out of this experience, it is that you can do anything as long as you try. When first entering a film class, I did not know if I would enjoy this type of work, but now that i have developed skills in this field that is just one more thing I can put on the resume.

For most, the semester is almost over. My internship is just getting started. I bet you want to know why. Well my internship is with the Columbus Regional Healthcare system’s communication department. When I met with them at the beginning of the semester, they had to do some paperwork with the legal department for me to begin working. Well 3 months later, we found a way around that so I could get started.

Also in the past 2 months, I’ve decided to join the Air Force. So I was faced with the dilemma  of whether or not I should graduate before I leave for basic training or stop after this semester and finish my degree later. Well I found out that I’m only 6 credit hours short of graduation, SO it seems silly to stop now, right? Through the efforts of Dr. McCollough and Dr. Gibson, I’m using some of the extra classes I’ve taken to count for some hours I need so now I just have to finish this internship and take my exit exam then I’m DONE! It feels good but its been a long semester.

So my internship so far is pretty great. The lady I work with is super funny and easy to talk to. Anne deals with a lot of media and marketing so I find it very interesting. We are about to start planning an organ donation event within the next week so I’ll keep everyone posted with that!

Let me just preface this by saying Herschel Walker is THE MAN!

Yes, the New Horizon’s dinner was last month so I’m a little late updating but I didn’t want the semester to end without sharing this.

The Georgia football legend did not disappoint.

I listened in amazement as Walker detailed how his friends thought they might “catch something” when he revealed his battle with mental illness. Can you imagine that? One of the greatest football players of all time was shunned because of his diagnosis.

I did not see that coming.

When asked about his legacy and things he’d like to be remembered for, Walker never once mentioned football. Instead his focus was on largely on his faith and his mission to talk about mental illness when nobody else will.

WLTZ recently reported the alarming number of people with mental illness being housed in jail because prison is the first stop for healthcare. Two of the three inmates who died in less than a month at the Muscogee County Jail suffered from a mental illness.

Herschel Walker spends a lot of his free time touring the nation, including many military installations to share his personal story with Veterans.  His mission in life is to help others 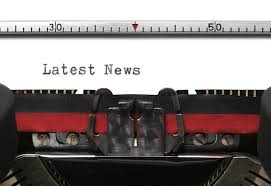 I got a real revelation while assuming the Producer role for the 6 o’clock news.

If you break down news content for that 30 minute segment, just over 9 minutes is actual news content. Amazing!

Weather gets four minutes and weather is the number one reason people watch local television news.

Sports is allotted three minutes. Sports is the last reason people watch the news (And this is coming from a former Sports reporter)

That still leaves a LOT of time…. for a lot of commericals.

For broadcasting hopefuls, check it out the next time you are watching any half hour segment of news programming and you will be surprised when you do the math by how much content you are really digesting.

It came to light in the newsroom today because on a busy news day you have to decide many times what stays and what doesn’t.